The greenification of road freight transport is one of the most heavily watched developments of recent and upcoming years, as countries aim to hit their emissions targets that largely include the complete removal of emissions from vehicles, including trucks. While the race to build an emissions-free passenger car and the infrastructure to support it has long gone from its early stages, the same could not be said about the race to build a truly green truck, as well as the accompanying infrastructure.

Still, legislators have not let go of the gas pedal in terms of the pressure to reduce the total emissions of vehicles on the road. The European Commission (EC) introduced its ‘Fit-for-55’ package that outlined the bloc’s roadmap towards a green future in July 2021. While a welcome change, especially in terms of making it a regulation, rather than it being a directive, it could come up short to push manufacturers and others alike to develop and adopt emissions-free vehicles.

Especially as challenges lie ahead to potentially move to an all-electric truck fleet.

The two pivotal technologies that, for now, are set to drive the green revolution within road freight: electric vehicles and hydrogen-powered trucks. Neither of the technologies has yet powered long-haul international trucks, some smaller, battery-powered have appeared on the market.

For example, PACCAR, the parent company of DAF, the truck maker based in Europe, has recently stated that it already has 450 orders for its battery-powered electric trucks. According to the company’s chief executive officer Preston Feight, the company‘s orders have been spread out in terms of their usage on the road, including medium and heavy-duty orders.

“Anywhere where urban applications, where you’re running 200 miles (321 kilometers) and you’re coming back at night so you have time to recharge, those are the right spots for the battery-electric systems today and we’re doing that in Europe and in North America,” Feight said during the company’s Q2 2021 results call with analysts.

Volvo’s range of medium and heavy-duty trucks includes six models, including the Volvo FH Electric – the equivalent of FH, the diesel-powered long-haul-focused truck. The electric model boasts a range of up to 300 kilometers, with a battery capacity between 180 and 540 kWh and a Gross Combination Weight (GWC) of up to 44 tonnes. Comparatively, the diesel-powered FH, carrying the same GWC, can be optimized to have a range of up to 1,000 kilometers.

That is not to discredit battery-powered trucks such as the FH – after all, with cities in Europe becoming increasingly stringent on what types of vehicles can enter the city centers, for example, having an electric truck will come in handy sooner rather than later. Furthermore, various applications, such as doing runs between ports or warehouses outside the city and brick and mortar shops. With a set list of destinations and available charging infrastructure, such electric trucks could outshine their diesel equivalents, not only in terms of the environmental benefits but also lower operating costs. 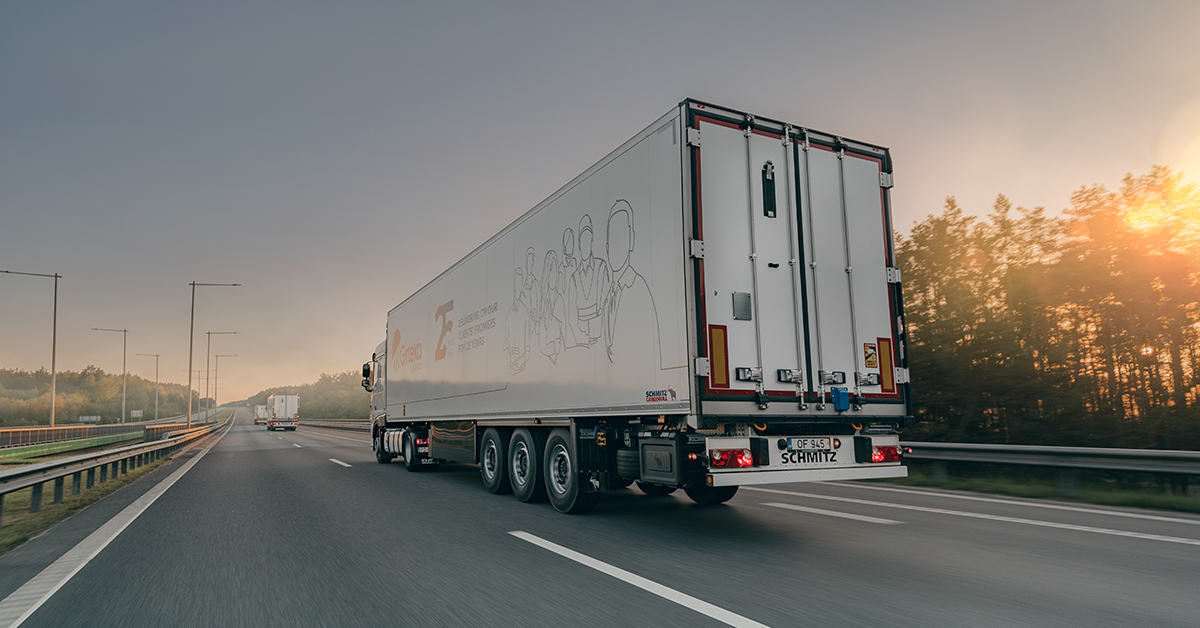 Still, long-haul trucking remains a difficult challenge for electricity-powered vehicles. For example, replacing Girteka Logistics fleet of over 8,000 trucks with electric ones with their current range capabilities would severely limit the carrier’s range of operations, especially since it spans Europe, Scandinavia, Russia and CIS, as well as Middle Asia. Even if hypothetically it would be a viable option to do so, the problem would also come back to the fact that there might not be enough batteries to sustain a huge fleet renewal.

Tesla‘s Elon Musk, tweeted in March 2021 that the production of the Semi would be very limited due to “near-term cell supply” constraints, as the shortage of batteries “makes it hard to scale [the – ed. note] Semi. This limitation will be less onerous next year,” he added. The point was reiterated once again during the company’s Q2 2021 financial result announcement, as Tesla indicated that “ue to the limited availability of battery cells and global supply chain challenges, we have shifted the launch of the Semi truck program to 2022.”

However, the pioneering automaker is not the only one worried about the supply of batteries. “Increasingly, I think there’s a fear amongst car companies and battery companies that they won’t be able to get sufficient raw materials,” Keith Phillips, the Chief Executive Officer (CEO) of Piedmont Lithium, a producer of Lithium, one of the components of the current electric car batteries, told NPR. As a result, carmakers, including such “traditional” ones as BMW and Volkswagen have gone out and announced deals to buy the raw material directly from mining companies, circumventing suppliers. “So they’re reaching back and looking to procure the raw material on their own,” noted Phillips.

With current Lithium-ion batteries, there is seemingly a ceiling to their potential. As a result, a fair share of capital is going into the research and development for solid-state batteries, which are more energy-dense, resulting in more range and in theory, faster charging.

Solid-state batteries are not the holy grail yet. They first have to overcome several issues, including the ability to be scaled up to be produced en masse for commercial use.

Even then, the main concern of such batteries is the fact that they are unstable. “A lithium-metal battery is considered the holy grail for battery chemistry because of its high capacity and energy density,” Xin Lin, associate professor of materials science at the Harvard John A. Paulson School of Engineering and Applied Science (SEAS), was quoted as saying by The Harvard Gazette. The professor, who in May 2021 announced that he and his team of researchers were able to finalize their design of a stable, lithium-metal, and solid-state battery, noted that such batteries are “fundamentally different from the commercial liquid electrolyte lithium-ion battery.”

The researchers managed to reach 10,000 charge and discharge cycles, which could increase the lifetime of electric vehicles when compared to internal combustion engine (ICE) powered cars up to between 10 and 15 years. Furthermore, the battery could be fully charged in between 10 and 20 minutes. Still, Li warned to be cautious as “scaling it up to the commercial battery won’t be easy and there are still some practical challenges, but we believe they will be overcome.”

QuantumScape, a solid-state battery developer, recapping its Q2 2021 results, remarked in a letter to investors that the manufacturer has made and began testing a 10-layer battery cell, as well as progressing forward on its pre-pilot manufacturing line in San Jose, California. However, the company currently plans to make its commercially-ready batteries between 2024 and 2025. In a separate Q&A, when asked whether the bigger challenge was the multi-layering of the battery or the scaling of manufacturing, the CEO of the company Jagdeep Singh stated that “they are both important items over different time scales.“ The battery developer looks to finalize the design and test its 12-layer solid-state battery, planned to be the commercial variant in 2022.

The question, in terms of applying the new battery to the trucking industry, is the same as the one with the current technology – could it be scaled up enough to fully supply a sector that relies on millions of trucks across continents? 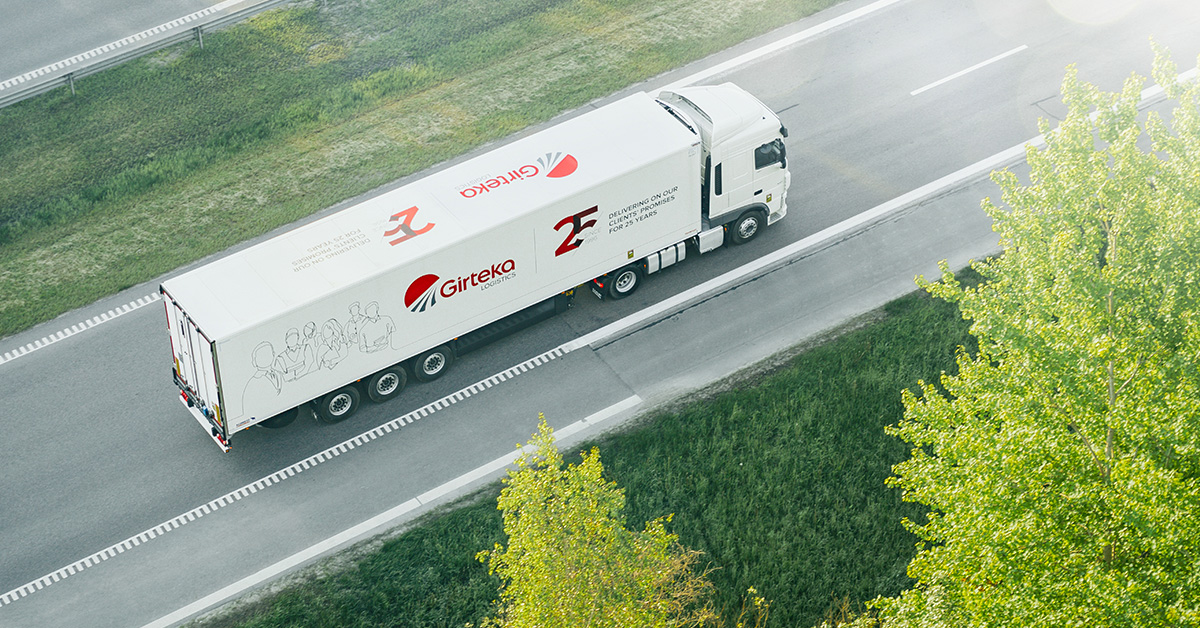 In the EU alone, 4.3 million commercial-duty vehicles were present on the roads in 2018, per Eurostat data. Considering the continuous growth of the industry, it would be a pretty safe bet to assume that the numbers have only grown since December 2019, when Eurostat last updated the data. The integration of a commercial vehicle into a fleet of thousands of trucks is no easy feat, especially as such an operator as Girteka Logistics has continuously invested in its processes to improve the efficiency of not only the road freight transport process but also the maintenance and integration of vehicles processes.

Knowing that a hypothetical electric vehicle manufacturer, with trucks that are up to par with their current diesel counterparts, will be able to deliver plenty of trucks in a reasonable amount of time, would justify investing in integrating battery-powered trucks. Despite their obvious advantage due to the fact that they have fewer moving parts in the engine and gearbox compartments, easing the maintenance process overall, they still have to be maintained. With a digital approach to fleet management, the main concern will be how easily will it be to put the pieces into the operational puzzle, without even approaching the potential issues regarding the charging infrastructure, which is yet to be properly developed across parking sites in Europe.

The largest asset-based transportation company in Europe, Girteka, publishes its financial results for the year... More

Girteka Fleet is transforming its brand and henceforth will be known as TNDM Trucking, as… More

With climate change becoming an ever more and more relevant topic to discuss and take... More
Most of Girteka’s admin department staff has moved to a new office in Vilnius —... More
We use cookies and other similar technologies to help provide our Services, to advertise to you and to analyse how you use our Services and whether advertisements are being viewed. We also allow third parties to use tracking technologies for similar purposes. If you are using our Services via a browser you can restrict, block or remove cookies through your web browser settings. To learn more, Read More.
ACCEPT ALL COOKIES MANAGE COOKIES
Privacy & Cookies Policy