In order to carry our customers’ cargo, there are three main components of the process: the truck, the driver, and the trailer to load the cargo into. As Girteka Logistics is the largest asset-based road transport company in Europe, that means the carrier not only owns its trucks and employs its drivers but also has a variety of trailers available at hand to be able to provide an offer to its clients no matter the industry they operate in. Whether it would be fresh & frozen food, the manufacturing or/and distribution of pharmaceuticals, Fast-Moving Consumer Goods (FMCG), retail products, e-commerce goods, automotive parts, or electronics, the road transport provider will have a solution available at hand.

Tautliners are one of the staples of the logistics industry, as this type of trailer has been used in the carriage of goods for several decades.

The concept of the trailer is fairly simple, as the trailer has side curtains and a back door for them to be loaded or unloaded. The benefit of having side curtains is that the trailer can be loaded from the back and the sides, making it easier to load larger pallets with a forklift quicker. Furthermore, since the roof of a tautliner can be opened as well, making the process of loading and unloading unusual cargo, such as materials for construction sites, much easier if it has to be lifted onto a higher surface.

Thus, one of the most obvious benefits of a tautliner is its flexibility in filling a full truck load (FTL). The ability to move goods in and out of the trailer via the sides or the backdoor allows deploying the trucks to carry loads that perhaps box trailer-equipped trucks would not be able to, whether it would be the previously mentioned example at a construction site or any other unusual place of loading and unloading. In addition, if a shipper requests to unload an FTL at multiple locations, having the ability to open the side and take the pallet that is needed at a certain site, instead of unloading and then loading all of the pallets that could be inside a trailer, making the supply chain process much more efficient.

A tautliner‘s curtains are specifically made from PVC-coated polyester material, enforcing it and ensuring that cargo does not fall out of the trailer. Girteka Logistics takes care of the well-being of the cargo by equipping its trailers with anti-slip mats and edge protectors, as well as using trailer straps to tie down pallets to the body of a tautliner.

Mega trailers are derivatives of a tautliner, as the former allows a shipper to fit more value due to an increase in total available cargo volume in the trailer.

The mega trailer was developed in Europe, specifically for the automotive industry, which looked for a more efficient way to carry parts across manufacturing sites as well as to refill stock at dealers or service shops. The end result was a trailer that was almost identical to a typical tautliner in terms of its dimensions, yet not only it allowed for more cargo to be loaded on board but it also allowed even more flexibility in terms of loading and unloading goods from the trailer.

Compared to a tautliner, a mega trailer is of the same length, (13.6 meters), yet there is a height difference. While it is not distinct, it matters – a typical tent trailer stands just over 4 meters (4.032) off the ground, a mega trailer is a bit shorter (3.995 meters). However, the internal height of a standard (2.7 meters) versus the mega trailer (up to 3 meters) is what makes the latter unique. The difference in inner height results in it being able to carry more cargo volume, as the trailer is closer to the ground, as well as the wheels, with the floor sitting much deeper compared to a traditional tautliner.

Mega trailers have unprecedented loading and unloading flexibility specifications. The roof of the trailer can be lifted in increments when loading, allowing forklift operators to place the larger volumes of cargo more easily. The mega trailer still retains the ability to load from the sides and the roof, as the roof cover, as well as the side curtain, are retractable.

Still, while the trailer might not be everyone due to its extra volume and as a result, more cargo that needs to be shipped, it is a great option for low weight, yet high volume products, as well as such industries as automotive manufacturing. 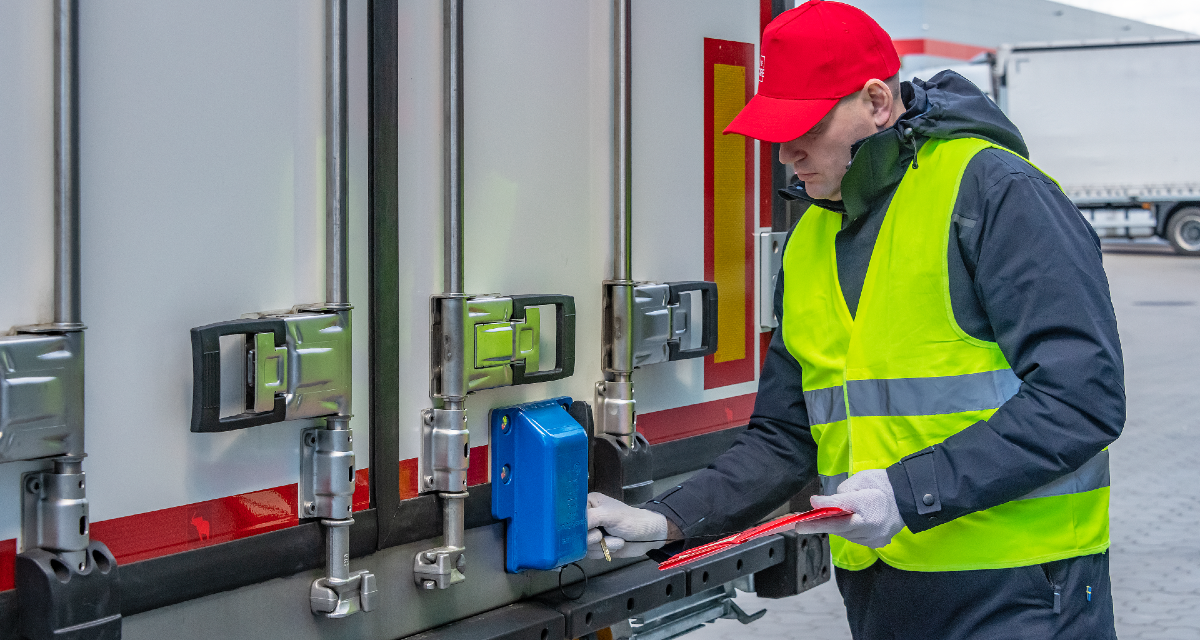 Box trailers have fundamental differences when compared to a tautliner. In addition to being built out of different materials, the trailer is usually reserved for different types of goods, such as high-value cargo. Loading from the sides is also not a regular attribute associated with a box trailer, despite some of them having either a partial or a full side door option.

Another difference is that compared to tautliners, box-type trailers boast less cargo space due to their size difference. The former has a length of at least 13.6 meters, while the latter measures 13.5 meters, as well as the former having a larger interior height. At the same time, despite having less cargo volume, a box trailer can provide more peace of mind.

Girteka Logistics has taken the safety of its trailers to the next level with the added protection of Transport Asset Protection Association (TAPA) level 1 standard locks at the back of the units, as the security system of the company is certified per the same standard. Thus, carrying high-value cargo, or such goods as electronics or retail items, is done safely, with a company-wide security KPI of 99.9%.

The development of the reefer unit has ensured that both fresh & frozen food and pharmaceuticals remain well-preserved whenever the manufacturing process reaches the road transport phase or the supply of such products to their end consumers. In addition, other items such as flowers have also benefited, as they also require a certain temperature throughout the transportation phase in order to remain fresh as they are placed on the shelves at a shop.

Refrigerated trailers can also act as box trailers. If the temperature-controlling engine is turned off, only if the goods that are inside the trailer do not require special conditions when they are transported on the road, it bears no additional operating costs for the operator. Owning a cooling unit-equipped trailer allows a transport company to remain flexible in terms of its ability to deploy a fleet, as the reefer trailer can be deployed interchangeably depending on the shipment that is present on the trailer. As a result, the planning department of such a logistics provider can reduce the number of empty kilometers which reduces the unnecessary environmental impact, as well as lowers the potential operating costs and at the same time allows to allocate shipments in a much more efficient manner.

Girteka Logistics can offer to carry goods on such trailer types for its customers:

In January of this year, Girteka opened the largest Transport Base in Poznan, Poland. The… More

On 22 September of this year, the winner of the 8th season of the "ECO... More

There are many ways to reduce our carbon footprint, especially in transportation. We can choose… More

With digital solutions, state-of-the-art trucks, and support from the parent company, drivers focus on delivering... More
We use cookies and other similar technologies to help provide our Services, to advertise to you and to analyse how you use our Services and whether advertisements are being viewed. We also allow third parties to use tracking technologies for similar purposes. If you are using our Services via a browser you can restrict, block or remove cookies through your web browser settings. To learn more, Read More.
ACCEPT ALL COOKIES MANAGE COOKIES
Privacy & Cookies Policy