Are LNG trucks the stop-gap or a long-term emissions-free solution?
Contact Us
2021-08-20

This is part three about the challenges that road freight transport companies face when looking at alternative propulsion systems to power their trucks, find part two, and subsequently one, here: https://www.girteka.eu/utilizing-a-fleet-of-hydrogen-powered-trucks-easier-said-than-done/

As the quest to reduce emissions has begun and continued with a solution only coming in the long-term future, as electric and hydrogen-powered trucks, including the accompanying infrastructure, are yet to meet the true requirements of international long-haul road transportation, short-term solutions to solve the puzzle are also being looked at.

While both electric and hydrogen-powered trucks are very promising in terms of their potential in the future, there are still ways to go. At the same time, the timeframe to reduce emissions is only getting narrower and narrower.

Thus, immediate solutions are very sought after. Unfortunately, while there will be some electric trucks on the roads in the near-term future, they currently do not fully satisfy the requirements of a typical international shipment on the road, which in the European Union (EU) was 581 kilometers in 2018, per Eurostat, due to their range limitations, which hopefully will be addressed in the near future. That is without touching upon the challenges of recharging (refueling for hydrogen trucks) infrastructure that is currently behind the potential requirements of the industry.

Are Liquified Natural Gas (LNG) or Compressed Natural Gas (CNG) trucks the short-term answer to the industry’s woes? Or are they also an option for the long-term future, providing much sought-after competition to the two alternative ways to power a Heavy Goods Vehicle (HGV)? 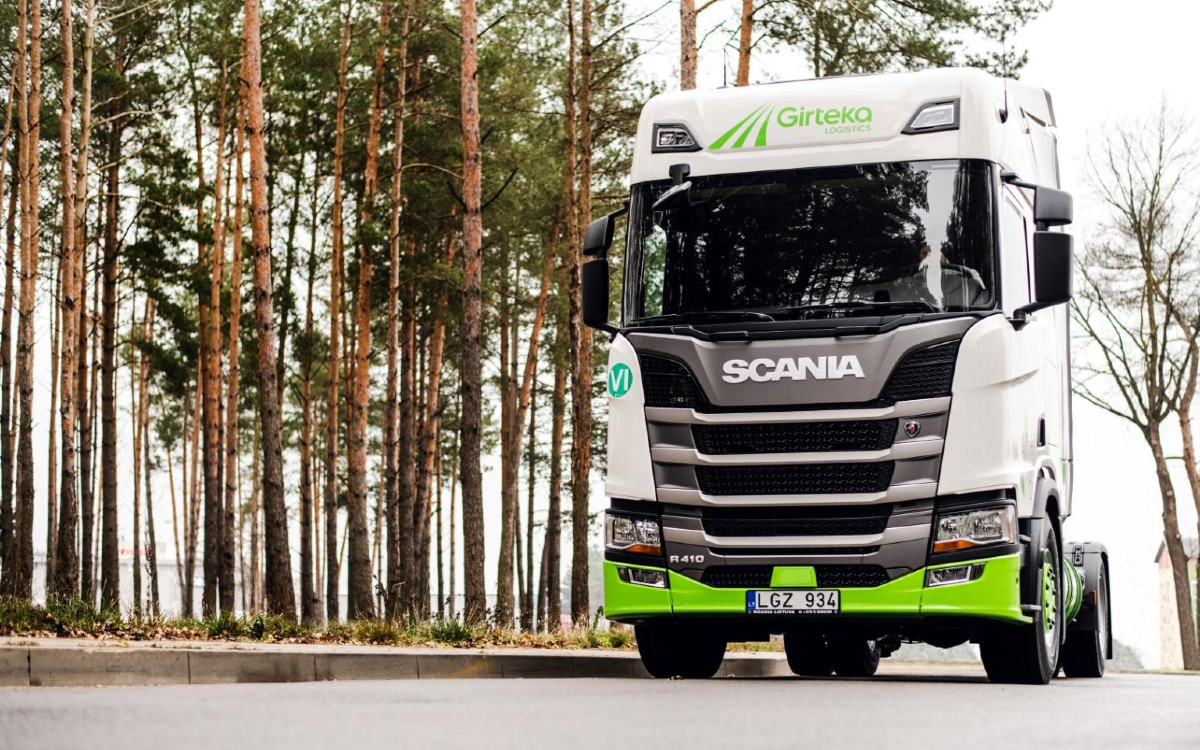 Undoubtedly, the performance specifications of a truck, such as the range and the fuel efficiency, are important factors next to their ability to reduce the impact on the environment.

Running a long-haul international road freight business would become much more difficult if companies had no other choice but to operate current battery-powered trucks, for example, which still have limited payload and range characteristics. On the other hand, LNG trucks can promise a drivable range of up to 1,000 kilometers (such as the Volvo FH LNG or the Scania LNG (1,700 km)).

The fact that the gas trucks are able to match the range of diesel-powered trucks provides much hope for the road transport industry, as it would allow a smooth transition towards more environmentally-friendly vehicles.

CNG trucks, however, are unable to boast about such numbers. Scania, which developed both types of gas engines, said that while there is little difference between CNG and LNG in terms of the combustion process, the range of the former is much lower – with an average range of up to 500 kilometers, seemingly making it a worse alternative than the latter. The difference is due to the different ways the fuel is made. While LNG is made by freezing gas to make it into a liquid, CNG is obtained by pressurized until the fuel is very compact. LNG has much more energy density, comparable to that of a diesel-powered vehicle, making it a very attractive proposition for road transportation providers.

It has to be noted that CNG has advantages in terms of refueling since LNG is normally kept at between -130°C and -140°C, at a pressure of five to eight bars. Volvo, one of the few manufacturers to currently support the gas as a propulsion method, has previously stated that it is looking to change conditions at which the gas is kept in, taking it to -145°C with a pressure of between three to four bars. The benefit of such change is that the colder it gets, the more LNG a fuel tank is able to store at a fuel station. At the same time, CNG is much easier to refuel, requiring no special equipment present at refueling premises, as it does not have to be kept so cold when compared to liquid gas.

With CNG more fitting in regional or urban operations, such as buses or refuse collection vehicles, LNG, with its properties, seemingly fits international long-haul transportation like a glove. However, businesses have not been too keen to adopt the alternative fuel HGVs, which also results in spotty infrastructure.

The limited use can be visible when looking at the map of LNG refueling stations across Europe, which is prepared by the European Alternative Fuels Observatory (EAFO), the European Commissions (EC) observatory to gather data about alternative fuels, showcases a very scattered LNG network across the continent. Much like with current hydrogen infrastructure, it is highly concentrated in Western Europe, with very few stations in the eastern part of the bloc. “In 2020, there were around 332 LNG (liquefied natural gas) refueling points in the EU that served the main TEN-T transport corridors and a fleet of up to 6 000 LNG trucks,” EC noted in its report about its strategic rollout plan to outline a set of supplementary actions to support the rapid deployment of alternative fuels infrastructure.

Developing LNG infrastructure is a complex process due to the aforementioned properties of storing liquid. The storage tanks at refueling stations are “cryogenic tanks usually constructed from stainless steel with multi-layer insulation to prevent heat to leak into the cold LNG,” per the Energy Education, an educational page curated by the University of Calgary. The United States Department of Energy (DoE) pointed out that the gas has a “relatively high production cost,” which together with its complex storage solution, made LNG’s commercial use limited. In addition, it is expensive.

According to DoE’s estimates, the cost can range from one to several million dollars. “Costs are dependent on factors such as storage capacity, station design, and the services needed to build it,” stated the Department.

But what are the benefits to the environment of using liquid gas-fuelled vehicles when compared to Euro 6 diesel trucks? If they are little, is there a point in developing LNG refueling infrastructure across Europe? After all, due to its properties, the handling and storage of liquid gas is expensive and requires extra care when refueling from the driver, providing an even more hazy future for the type of fuel. 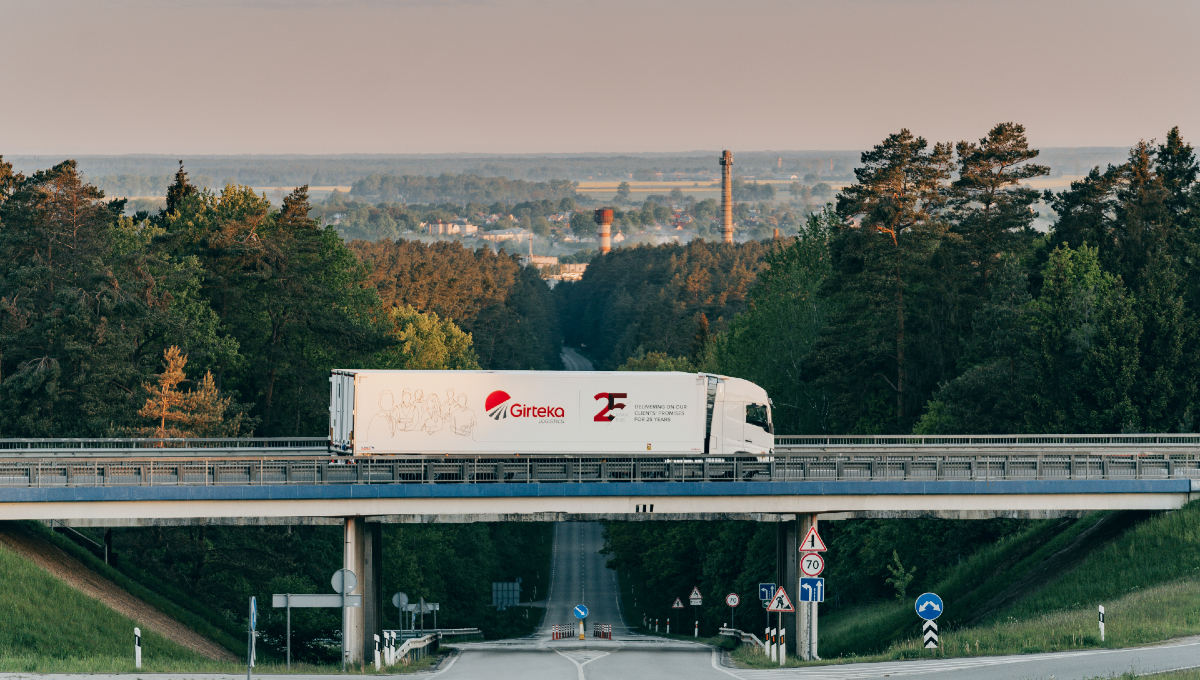 While vehicle manufacturers present their numbers in terms of reducing the environmental impact by utilizing LNG trucks, some skepticism is in the air whether utilizing the liquified gas does provide a tangible benefit to the well-being of the earth.

The EC noted that despite the fact that “some gaps persist, the refueling infrastructure already provides an advanced network connectivity,” however, “the challenge remains to decarbonize natural gas.” According to a report published by the International Council on Clean Transportation (ICCT), while LNG has “25% lower carbon content than diesel and its decent energy density,” the true emissions (well-to-wheel (WTW)) of Spark ignition LNG engines over a 100-year timeframe is only 2% lower than that of a diesel engine. High-pressure direct injection (HPDI) engines, meanwhile, improve that number to still only 9%. “In the 20-year timeframe, which illustrates more immediate climate risks, LNG trucks are invariably worse than diesel, due to the strong short-term climate impact of methane,” concluded the ICCT report.

Truck makers are split on the future of the gas. Daimler, the parent company of Mercedes-Benz, has come out with the statement that “natural gas drives also emit CO₂ and would only be an expensive transition technology on the road to CO₂-neutral transport. Therefore it’s not worth pursuing natural gas further,” as truly environmentally-neutral transport is only neutral if the power train itself emits no damaging gasses out of its exhaust.

The manufacturer is “convinced batteries and fuel cells will complement each other very well,” as Daimler is not only developing the eActros but also the hydrogen-powered GenH2. Other brands have delved into making LNG-powered HGVs for road transport. Volvo promises that its FH LNG reduces CO2 emissions by up to 20%, yet the number “covers the emissions from the vehicle during long haul driving, the so-called “tank to wheel”, compared to a truck using European standard diesel.” Scania, meanwhile, promises an approximate reduction of CO2 of 15%.

Utilizing Bio-LNG would alleviate any concerns about the true sustainability of the fuel. According to Volvo, the sustainable version of the liquid gas can reduce emissions up to 100%, and most importantly, as a joint paper from several parties, including the European Biogas Association (EBA), highlighted, those are well-to-wheel emissions. The white paper, published in November 2020, also estimated that by 2030, when the EU will have to at least slash its emissions by 55%, over 280,000 LNG trucks will be present on the roads within the bloc, or 25% of the total market share of HGVs. For the road transport to continue as is with such an amount of LNG trucks, the group behind the paper estimated that 100 TWh of LNG would be needed in 2030, 40% of that amount would be Bio-LNG.

“This growth will need to be supported by the constant development of LNG infrastructure and stations across Europe,” stated the whitepaper, prepared by organizations involved with the liquid gas. However, the ICCT remains skeptical regarding Bio-LNG, as “that there is just not enough cow manure, garbage, and agricultural waste to meet demand [for Bio-LNG – ed. note].”

“Yes, LNG trucks can deliver a paltry climate benefit. However, the technology can lock the European Union on a pathway that is not compatible with its climate-neutrality goals,” concluded the ICCT.

Concluding that LNG trucks are less favorable in an emissions-free future than hydrogen or battery-powered HGVs is not very difficult. At the same time, it should not discredit the current usage of such trucks, as it can be a viable short-term solution – yet with only nine years remaining until the ‘Fit-For-55’ package goes into effect, the question is how short-term that future is for LNG trucks, especially considering their more expensive and more complex uptake for logistics operators.

The ongoing disruption in global supply chains, for which the consequences of the pandemic and… More

Girteka, the largest asset-based transportation company in Europe, announces that, after establishing Girteka Holding in… More

The largest asset-based transportation company in Europe, Girteka, publishes its financial results for the year... More
We use cookies and other similar technologies to help provide our Services, to advertise to you and to analyse how you use our Services and whether advertisements are being viewed. We also allow third parties to use tracking technologies for similar purposes. If you are using our Services via a browser you can restrict, block or remove cookies through your web browser settings. To learn more, Read More.
ACCEPT ALL COOKIES MANAGE COOKIES
Privacy & Cookies Policy